Hi, I’ve recently bought a Rosso red series 2 4 door super after many years of looking and wanting and starting to think I’d left it too late. 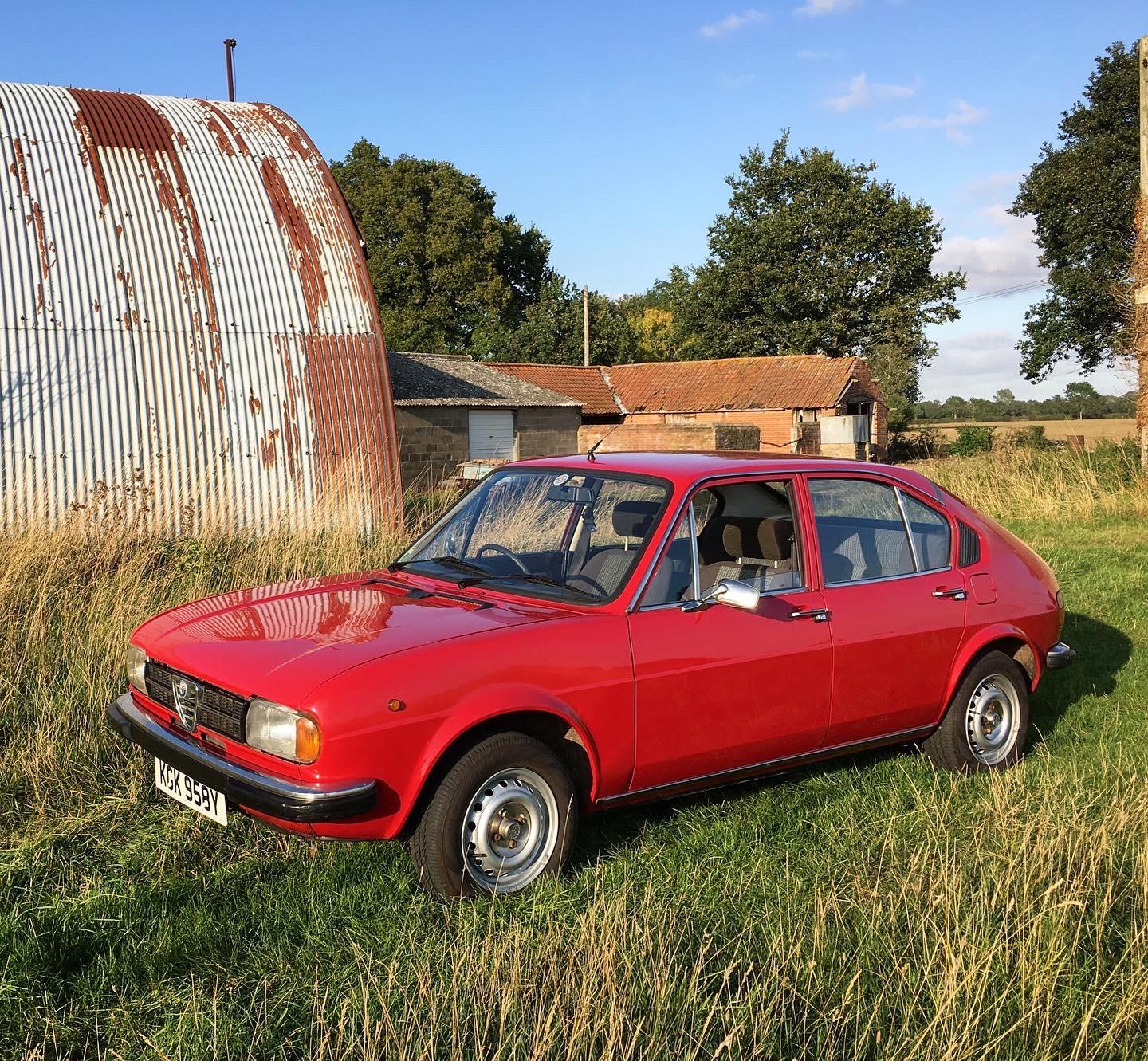 Back in late 1979/ early 1980 my mum fell pregnant with me. My dad decided it would be a good idea to sell his mini and buy something a bit more practical. This turned out to be a pea green alfasud 1.2. The first vehicle I ever travelled in. 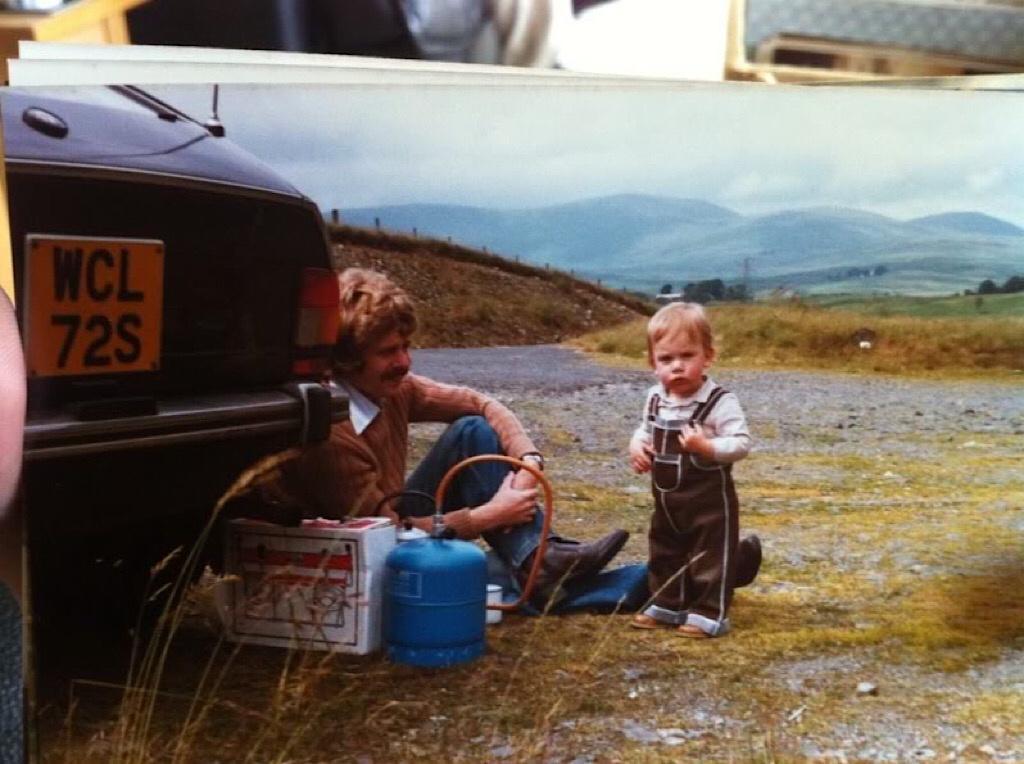 Which was written off some time in 1983 by a ford transit which couldn’t decide which side of the road to drive on.

It was replaced with an orange 5m 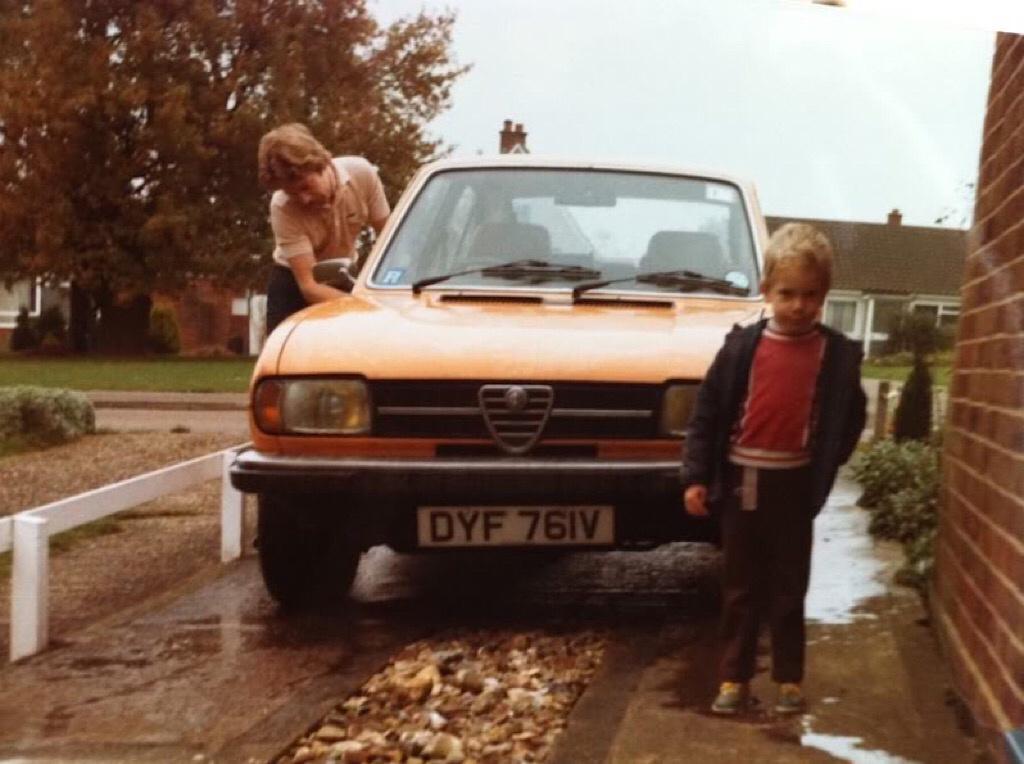 Which was replaced by a black s3 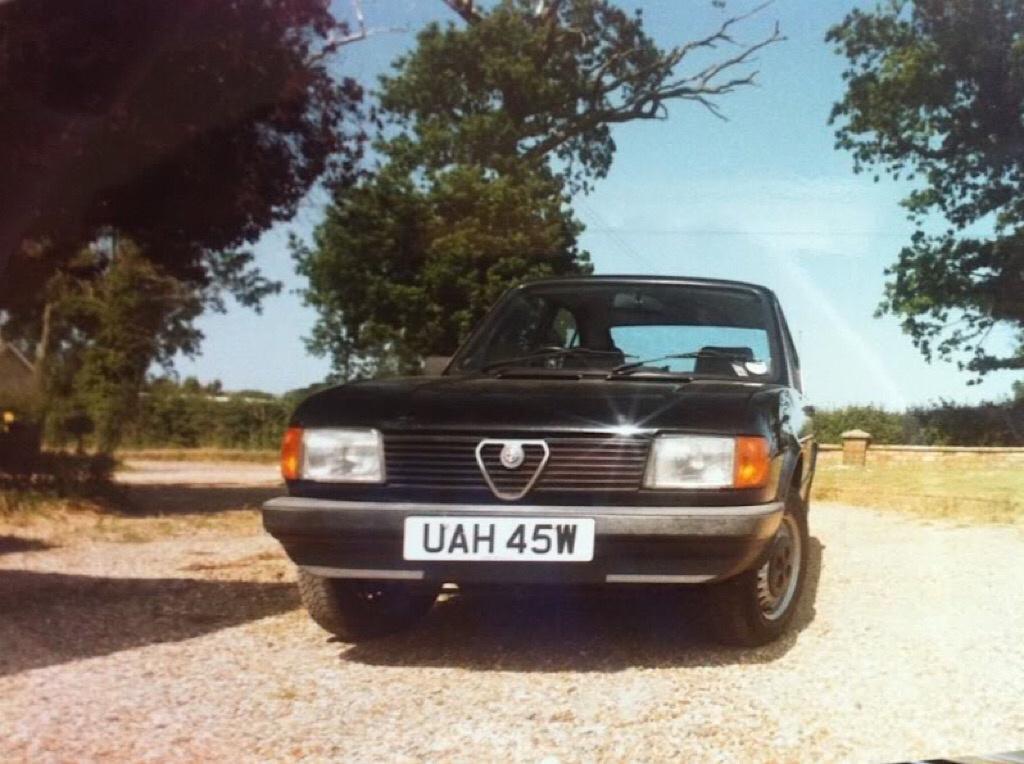 I’ve always like the suds, and been keeping an eye out for something for many years but have watched the numbers dwindle and prices rise. Along with too many other projects on the go.

I recently realised I’d kind of fallen out of love with interesting cars. I like our daily drivers, but all the ongoing projects have spent too long left abandoned, and just when I was thinking of buying something complete, running and a little unusual my sud popped up, and even the other half encouraged me to go for it.

Contact was made, a deal was struck and plans were hatched to travel almost the entire width of the country from Suffolk to Cornwall to pick it up.

The journey home in something completely unknown and 40 years old was interesting but thankfully pretty uneventful!

It’s a 1980 build car, supplied in the uk, zeibarted from new than shipped to Malta where it lived for a couple of years before coming back to the uk In 1982 ( hence the Y-reg ) and spending most of its life as the original owners runaround in south london.

I’d say the car is a 20 footer, it’s been painted and is reasonably tidy, but isn’t a pampered show car, which honestly is exactly what I want. I want to be able to use it for everyday stuff as well as meets and events without worrying too much about it.

Other than the paint and a set of Ti extra gauges on the dash it’s completely original. I have had to give in and fitted an early 80s radio with some matching rear shelf speakers to make the boring bits of my 30 mile commute less boring.

Ive refitted the original square rear number plate, rewired the offside rear cluster to put an led fog light into the reverse light position and lose the ugly dangling rear fog. Changed some minor service items, fitted electronic ignition and a dedicated relayed supply to the headlights which has transformed them from awful to acceptable. 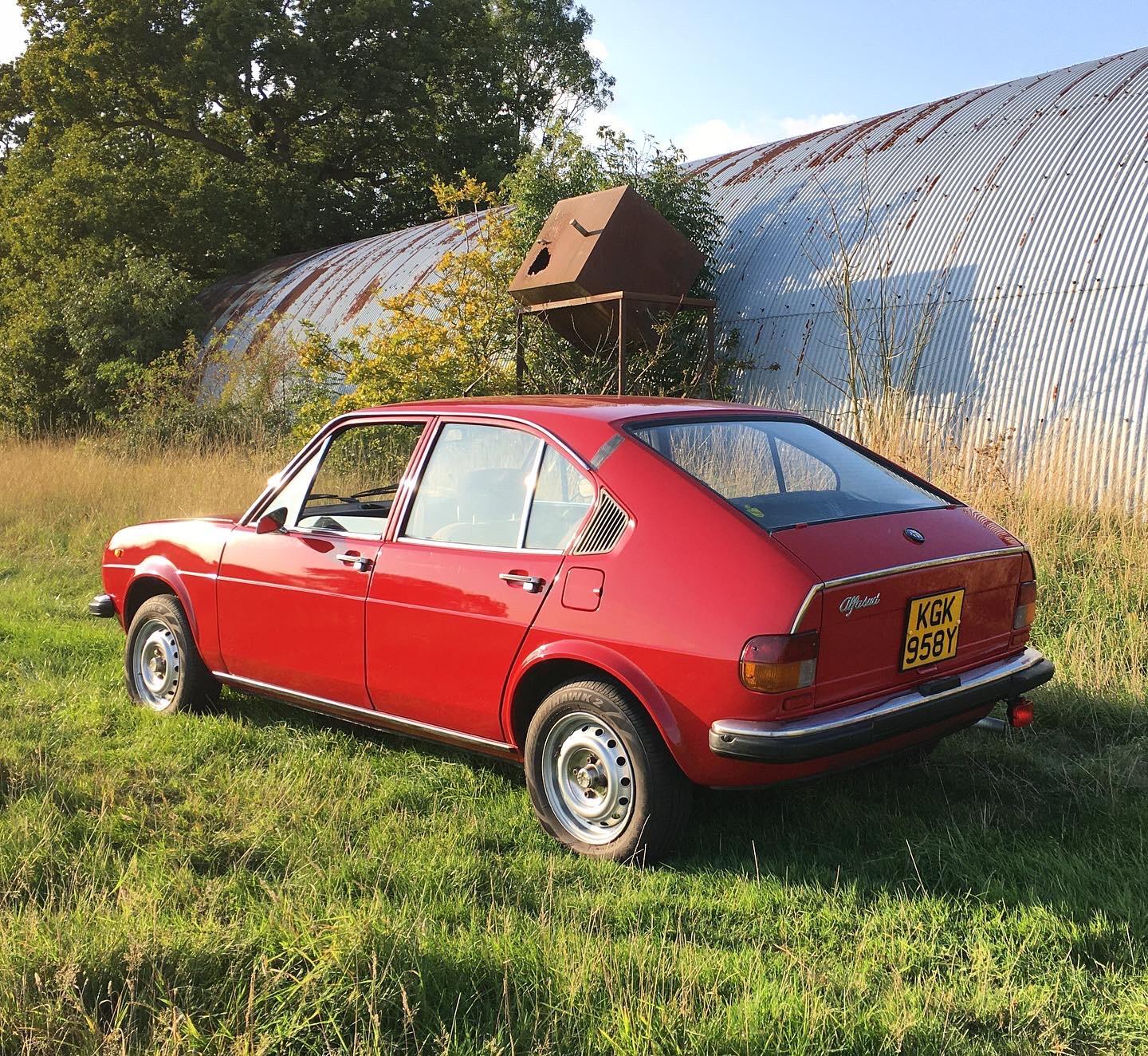 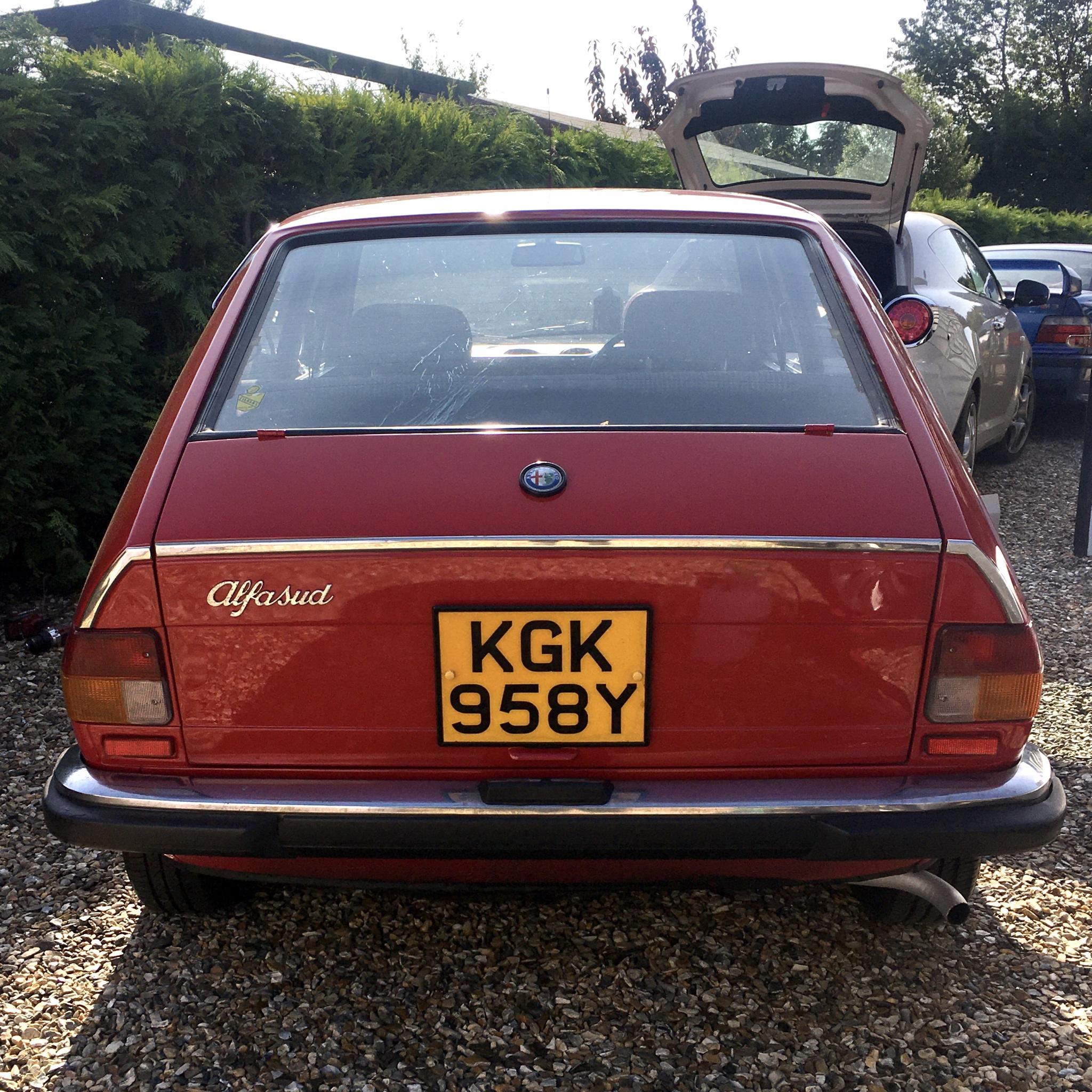 And next to my mums current Giulietta Multiair Super 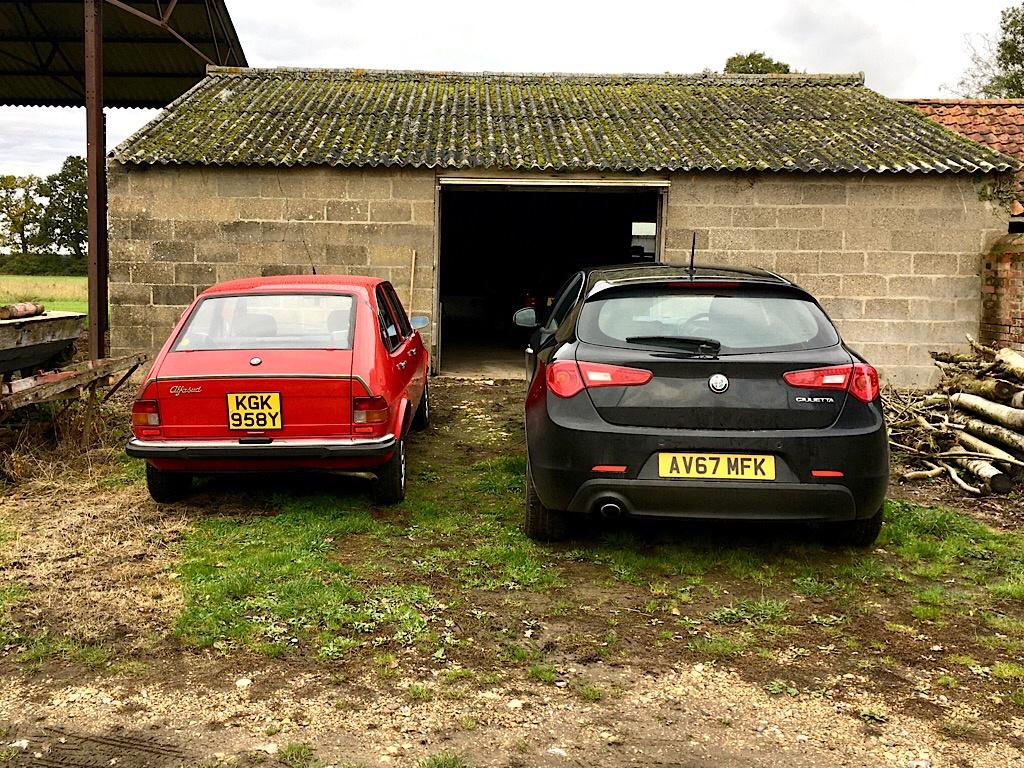 Daft question from me!

Please give me more info on your dedicated, relayed headlight supply.

I use my S2 daily, and the one candle power headlights are useless. Words of one syllable please, I'm useless at electrics.

Nice looking car. How did your dad keep the rust at bay on his?
Top

That's lovely, I've grown to like the 4 door Sud's, I bet the cabin space is similar to the Giulietta inside, but the size difference is immense outside.

I thought it was a Scooby?
Top

Fantastic story Harry, and some great photos.
It is clear your family have a long love for Alfas.
Cracking looking Sud you have there, enjoy the ride.
Top

Thanks all for the welcome.

The car in the background, the first guess was correct. A 1996 m3 evo saloon, with the adjustable aero kit bmw hastily homologated in 1994 to try and catch those pesky Alfa 155 silverstones in the btcc 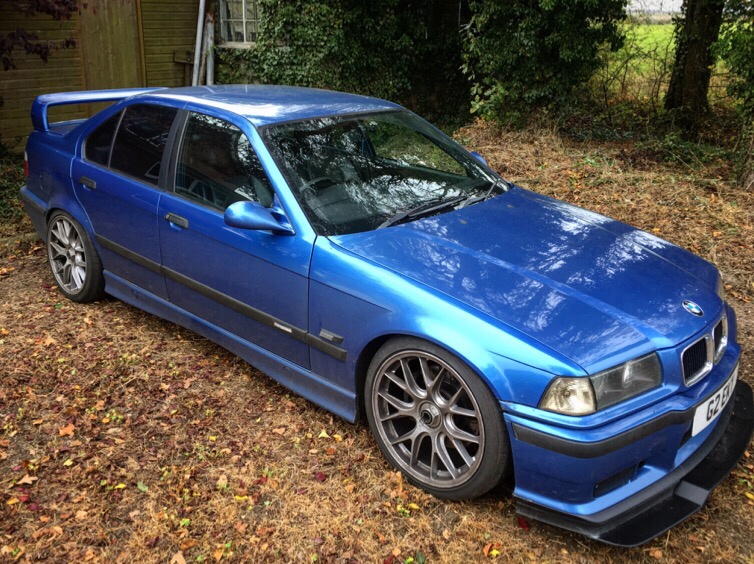 Please give me more info on your dedicated, relayed headlight supply.

I use my S2 daily, and the one candle power headlights are useless. Words of one syllable please, I'm useless at electrics.


I’m no expert so apologies to anyone if my terminology isn’t 100% correct.

On old cars the power feed comes from the engine bay, through the column stalks or switch, is distributed around the dash and out to the headlights, my Lancia was the same, as was our Mk2 golf, both of which were massively improved.

The idea is you use a 4 pin relay, run a power feed to it straight from the battery, use the original signal from the column stalk to switch the relay, then send the power out from the relay to the headlight bulbs.

I fitted a relay on a bracket on the fuse box, and used as much of the existing wiring in that area to keep everything neat and tidy. I’ve only done the dip beam so far and haven’t fully wrapped it into the loom so can take some photos at some point if it might be of any use?

Thanks, I understand the theory......will try to put it into practice!
Top

Really nice Sub, don’t see many of those around.

I did the relay conversion on my Fiat x1/9 it makes a huge difference.

This is a video from an American kit supplier but you should get the gist....the only thing I’d do different to the video is use 4 relays and not jumper the 12v from one headlight to the other
Top

A couple of other bits and pieces I’ve done.

As said earlier, I really wanted a radio for the more boring bits of the commute, the car hadn’t ever had one so I was toying with the idea of a completely hidden setup. However none of the existing openings were big enough to be able to fit a stereo behind and be able to operate it comfortably. The glovebox too shallow even for a modern half depth headunit.

Not wanting to cut any holes I went looking for the most modern stereo I could find which used the separate faceplate through mount system. I ended up with an audioline unit with funky graphic equaliser. Complete with box, instructions and loom. 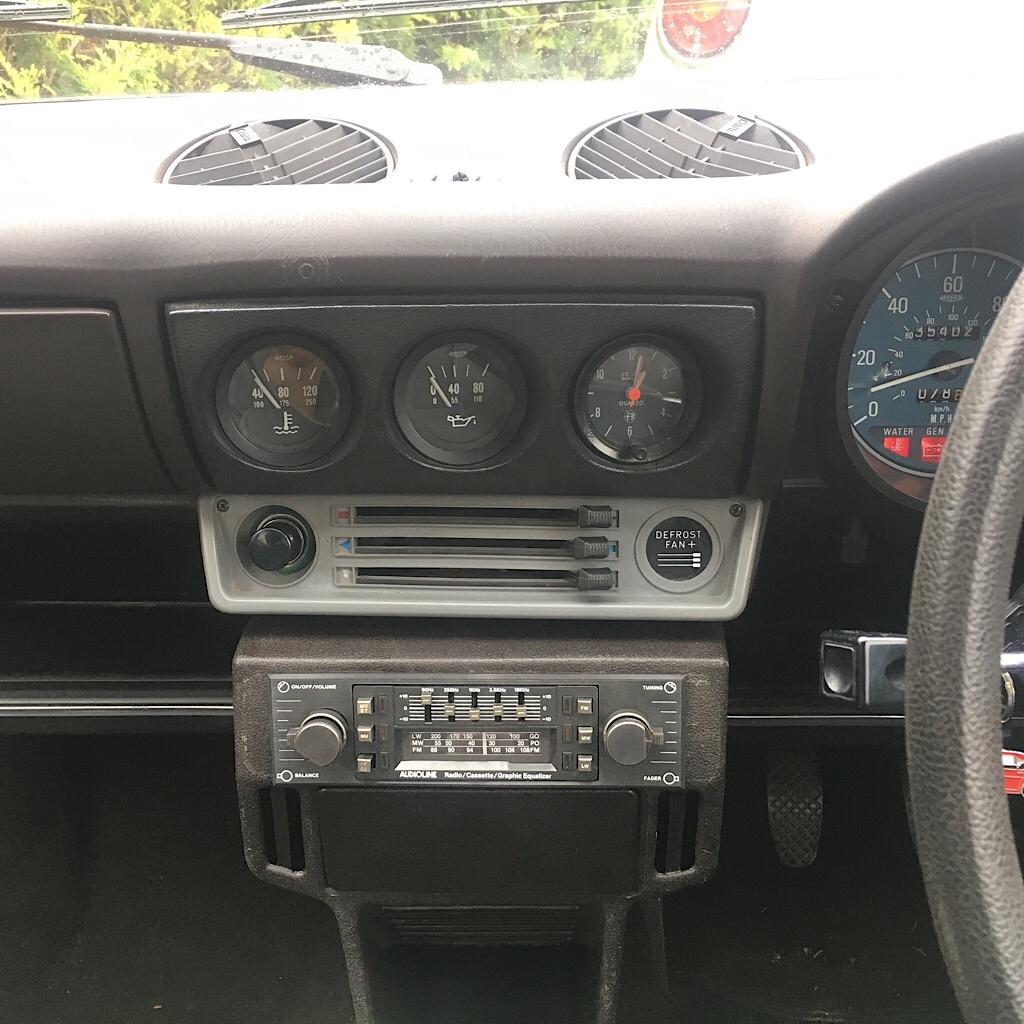 And a set of matching audioline rear shelf speakers, which were about the smallest and most subtle shelf speakers I could find which wouldn’t need recessing into the shelf. 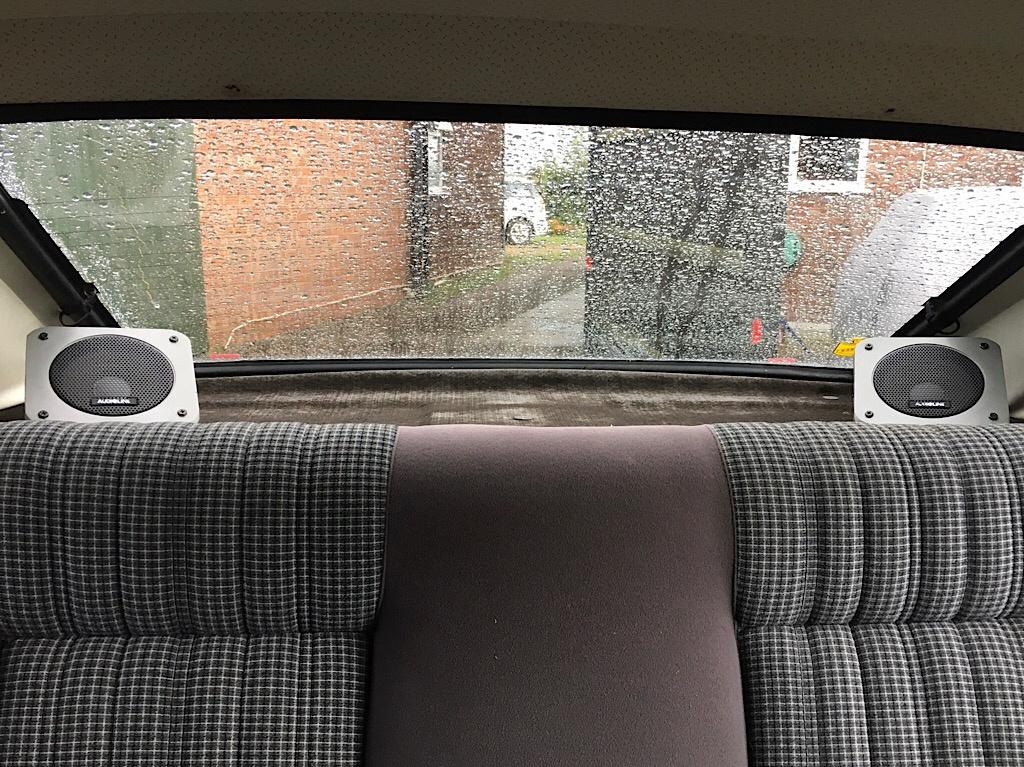 Turns out they’re both 1983 vintage which is a little annoying, but will do for now.

Decided I’d try and do something about the faded and virtually unreadable pillar badges, 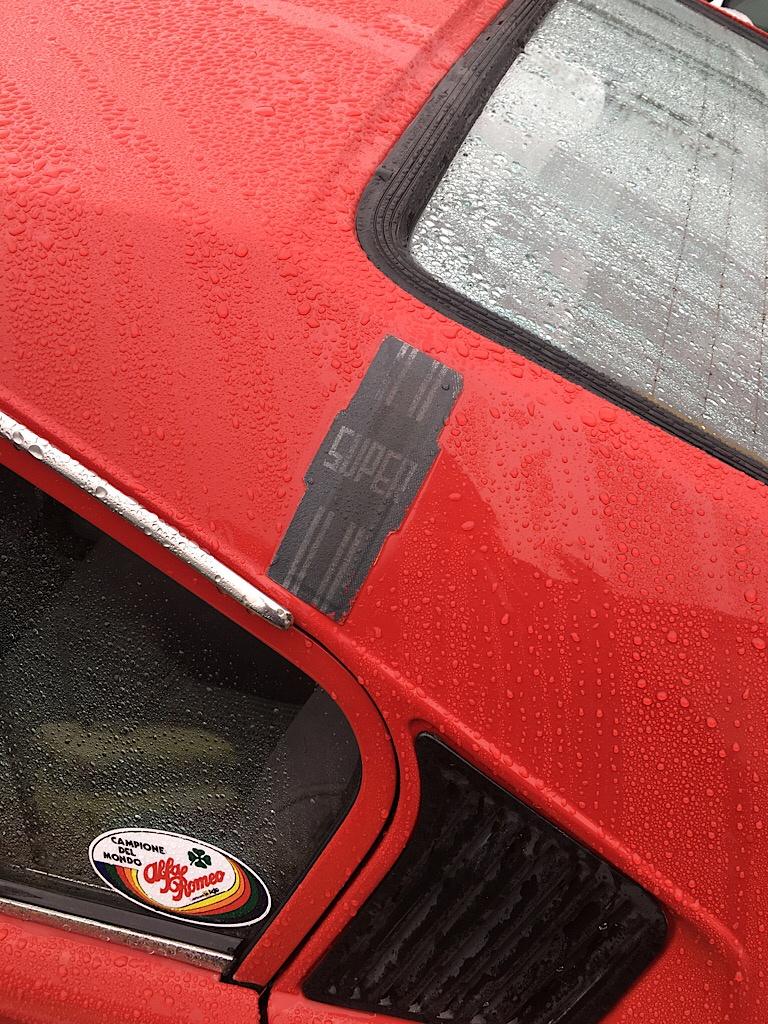 Not willing to spend £90 on a set I thought I’d try and make my own from some silver and some black textured vinyl. I’m pretty pleased for a first attempt, from a few paces they look pretty good I think. 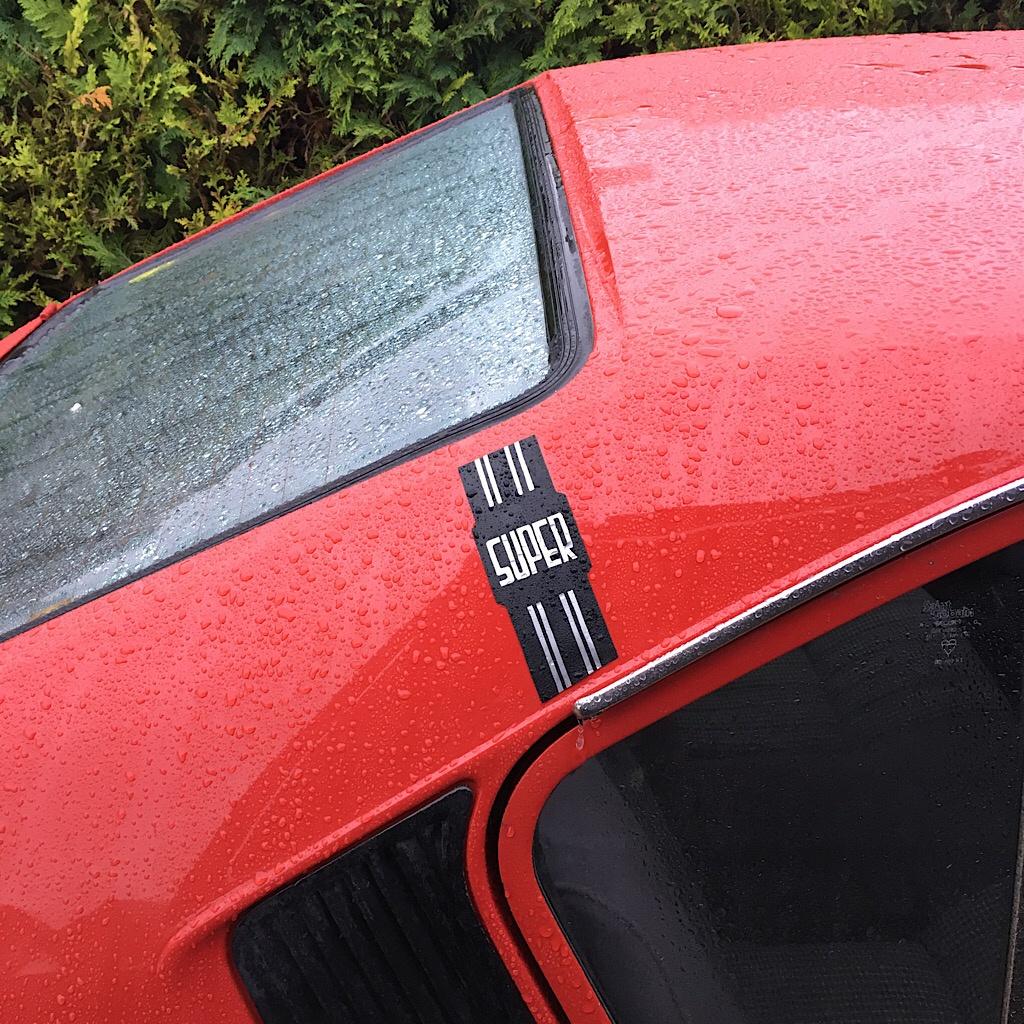 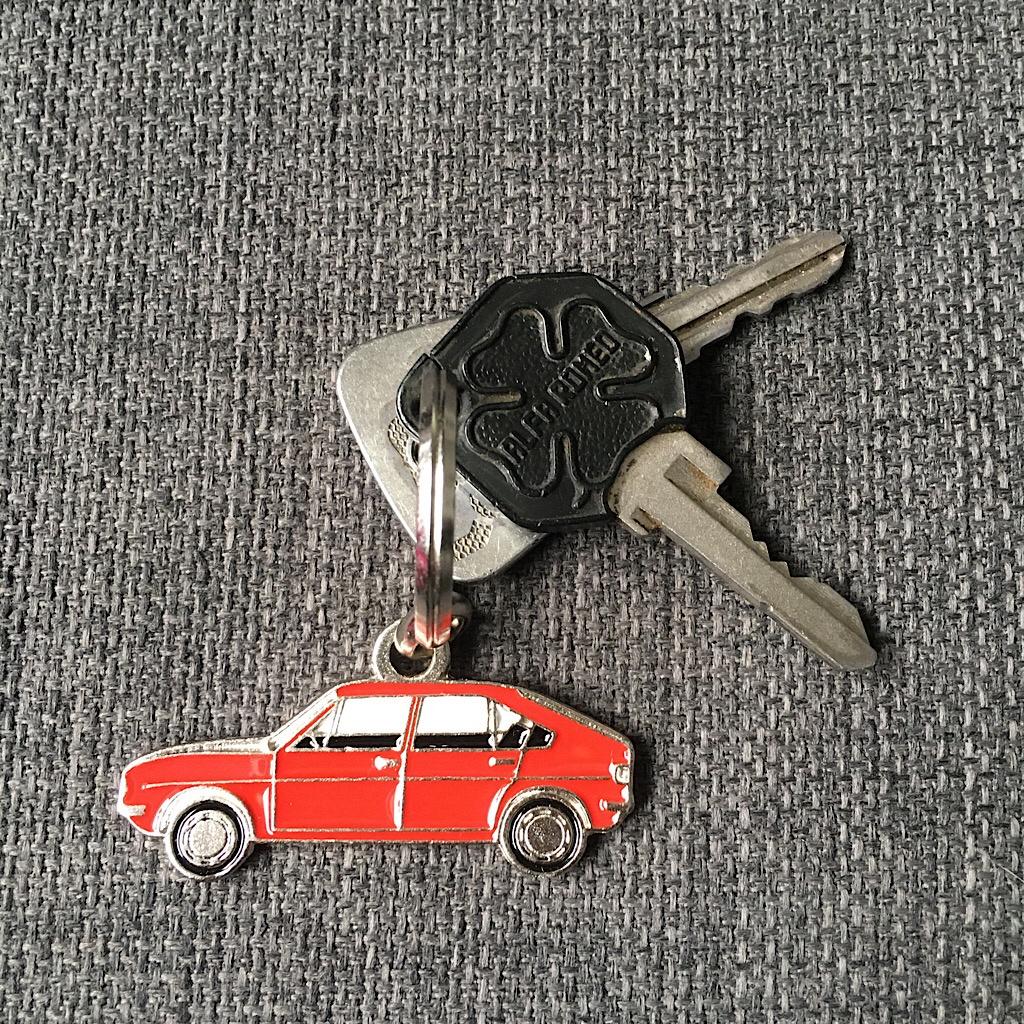 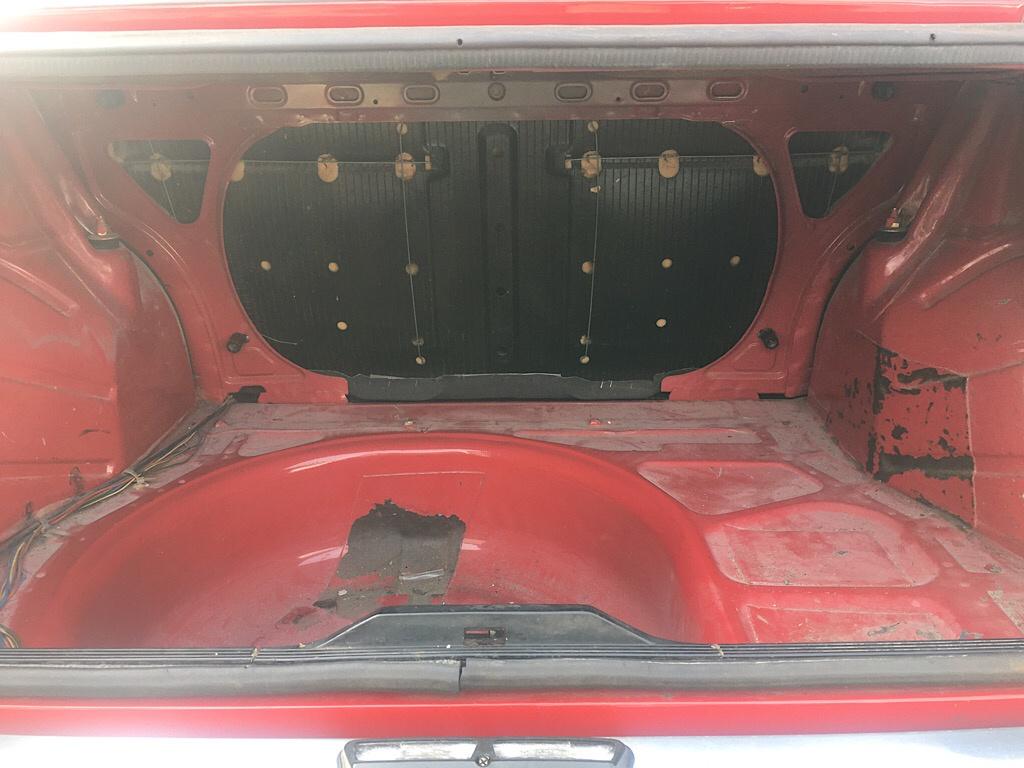 And noticed that whoever was in charge of fitting the sound deadening pads in there obviously got bored, went to lunch, went on strike and just slapped the one destined for the left hand arch tub into the spare wheel well 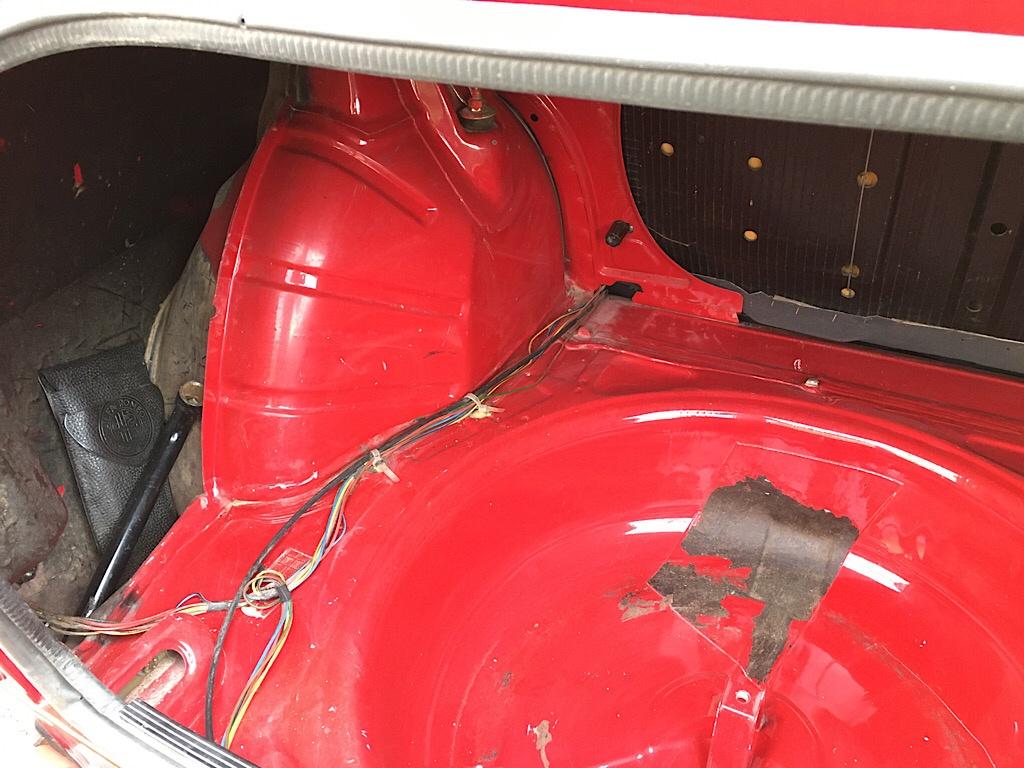 Yes, still got the tool kit and the wooden screwdriver handle is so clean it doesn’t look like it’s ever been used in anger.

Good god man get it out of the rain!